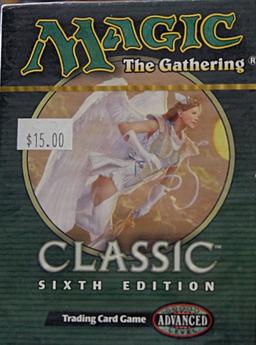 Magic The Gathering is a trading card game first published in 1993 by Wizards of the Coast. Magic was the first trading card game produced and it continues to thrive, with over twenty million players.  Magic can be played by tow or more players in various formats, the most common of which uses a deck of 60+ cards, either in person with printed cards or using a deck of virtual cards through the Internet-based Magic: The Gathering online, on a smartphone or tablet, or other programs.

In the game, the players are powerful images known as Planeswalkers who can walk the ether between worlds and wield strong magic representing the five colors of magic -- white, blue, black, red and green -- and employ spells, artifacts, and creatures depicted on individual Magic cards to defeat their opponents.  The gameplay of Magic has substantially more cards and has more complex rules than many other card games. 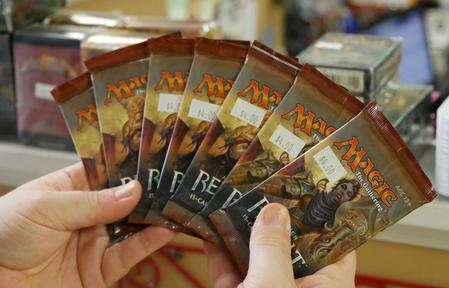